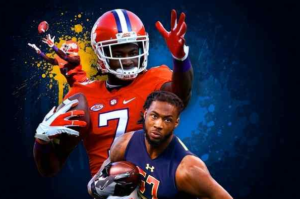 SAN DIEGO >> Mike Williams will miss the rest of the offseason program, which is not good news for any NFL player, let alone a rookie. But for now, the Chargers’ No. 7 overall pick is still on track to be ready for his franchise’s Los Angeles debut.

On Tuesday, the team revealed that the former Clemson receiver has been diagnosed with a mild disc herniation — a condition that was originally described as tightness in his lower back. Williams participated in rookie minicamp in early May, but has watched from the sidelines at Chargers Park ever since.

That absence means Williams has not had a chance to build on-field chemistry with quarterback Philip Rivers, the 35-year-old, six-time Pro Bowler whose window for title contention shrinks with each passing year. Still, it’s safer for the Chargers to lose Williams during organized team activities rather than training camp or the regular season.

“The most important thing right now is to get him healthy, and get him back on the football field,” Chargers coach Anthony Lynn said. “But I know he can help us win football games down the road.”

Lynn said he expects Williams to continue his rehabilitation in Southern California before training camp begins in late July in Costa Mesa.

Dr. Payam Farjoodi, a spine surgeon at the Orange Coast Memorial Center for Spine Health in Fountain Valley, said that most similar conditions require 4-6 weeks of recovery. Speaking generally about disc protrusions and disc herniations, Farjoodi said that Williams still appears to be within that regular timeframe.

“If they’re calling it a mild disc herniation, that makes me think it’s a smaller bulge,” he said. “It’d be very, very unlikely for that kind of a problem to require surgery, to be honest.”

Farjoodi added that symptoms for a herniated disc can vary from patient to patient, ranging from almost no pain to excruciating pain. In the case of a disc protrusion — which is less serious than a disc herniation — a patient might experience pain in the area of the injury, limited range of motion, or pain and numbness that radiates down the leg.

The Chargers said that Williams will continue receiving non-surgical treatments. According to Farjoodi, the main goal in such cases is to reduce inflammation, which involves time as well as anti-inflammatory medications. Physical therapy and rehab regimens will also likely focus on strengthening the patient’s core. If symptoms don’t dissipate, the patient may also receive corticosteroid injections.