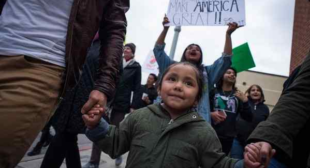 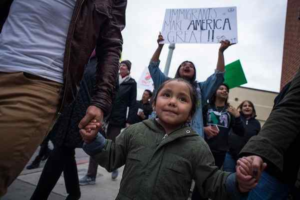 The city could lose more than $300,000 in Justice Department grants if Sessions follows through with a pledge to withhold funds from cities refusing to cooperate.

“Pasadena will not be blackmailed,” said Mayor Terry Tornek.

Tornek said the city would follow any federal laws and court orders, but it would not give into politics of fear.

The protections included punishment for those who don’t comply. City employees who use official resources to unnecessarily collect and share information about a person’s immigration status could face disciplinary actions under the new policy, according to City Manager Steve Mermell.

By never collecting the information, the city would not violate a federal law requiring police to notify federal officials about the immigration status of individuals in local custody.

The City Council did not declare Pasadena a “sanctuary city” and the designation received little attention during the council’s deliberations. In a staff report, Mermell wrote there is no legal definition or uniformity for “sanctuary cities.”

Pablo Alvarado, director of the National Day Laborer Organizing Network, said he would have liked the city to make that declaration as a sign of a resistance to President Donald Trump’s administration. However, the policies adopted, in some cases, are stronger than in other municipalities labeled “sanctuary cities.”

“I would have liked that to happen, but at the end of the day, it’s just language, it’s irrelevant when it comes down to the actual protections,” Alvarado said. “What matters is how municipalities will protect immigrants, I think the council made the right decision last night. A policy is better than language.”

Alvarado said earning the trust and cooperation of the immigrant community won’t come easy or immediately — leaders in Pasadena will have to follow through with their promises first.

“I guess we will wait and see, but we want to believe and give them the benefit of the doubt,” Alvarado said. “Hopefully this debate brings different segments of our community together, rather than separates us. And I think yesterday, that dialogue pushes in that direction — one city, you know, and that’s a beautiful thing.”

During the meeting, Pasadena Police Chief Phillip Sanchez also presented the department’s new immigration policy to the council. The document created by the department and Mermell’s office cements a number of informal practices followed for decades, including a promise not to arrest, investigate or detain an individual solely for violating federal immigration law.

Officers do not ask about immigration status when investigating other crimes. The police department maintains this policy to ensure witnesses and victims are willing to come forward without fear of deportation

Sanchez said he is not concerned about the potential loss of federal grants.

The Pasadena Police Department can still collaborate with Immigration and Customs Enforcement agents on cases related to national security, terrorism, human or drug trafficking, according to the policies.

Sanchez will report back to the Public Safety Committee with statistics on requests made by ICE and any actions taken in the city in an effort to provide transparency to the public. The city legally can not block ICE from operating within city limits, but the policies adopted Monday would prevent ICE from getting help from local officials when the work relates specifically to immigration.

The City Council also passed a legislative policy supporting Deferred Action for Childhood Arrivals and calling on the federal government to create “humane and comprehensive immigration reforms” that provide an attainable and affordable pathway to citizenship.

Lizbeth Mateo, an organizer with Pasadeneans Organizing for Progress, said she was pleased with the council’s open dialogue and its stated willingness to revisit the topic as needed. The situation is fluid, because the state or federal government could introduce new legislation or executive actions that would require changes to Pasadena’s resolution.

“I think there’s still a lot of work to be done, and I think the mayor understands that, and the city council understands that,” Mateo said. “We’re definitely going to go back to continue working with the city manager, with city staff, with Chief Sanchez and the council, to strengthen what was passed.”